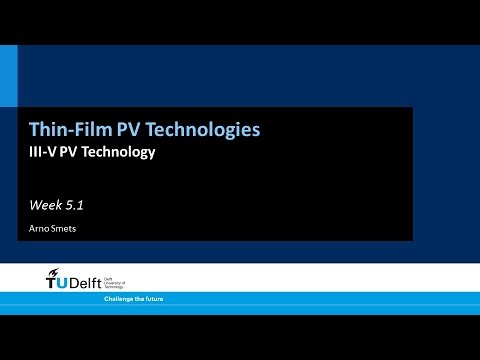 I will focus on the working principles of the various devices, the current status and the future challenges of the various technologies. I would like to start with the III-V PV technology. This is the solar cell technology which results in the highest conversion efficiencies under both 1 sun standard test conditions and concentrated sun conditions. It is mainly used in space technology and in concentrator technology.

As some concepts use crystalline germanium and GaAs wafer as substrate, it might not be a real thin-film PV technology, like thin-film silicon, CdTe, CIGS or organics, which will discuss later in this course, however, the III-V based absorber layers itself can be considered as thin in reference to the crystalline silicon wafers. The III-V materials are based on III-valence electron elements like aluminum, gallium and indium and the V-valence electron materials as phosporous and arsenic. Various different semiconductor materials suchs as gallium arsenide, gallium phosphide, indium phosphide, indium arsenide, and more complex alloys like GaInAs, GaInP, AlGaInAs and AlGaInP have been explored. Let's consider for the moment the standard GaAs semiconductor material. Its lattice has a tetrahedral diamond lattice structure just like silicon. However, every gallium atom neighbors four arsenicum atoms, and every arsenic atom neigbors four gallium atoms.

Compared to silicon it has a slightly larger lattice constant, and is significantly heavier than silicon. Both gallium and arsenic are roughly twice as heavy as silicon. Here we see the electronic band dispersion diagram again.

It means that to absorb the same amount of light in reference to a silicon wafer, the thickness of the GaAs film can be more than an order of magnitude thinner. Another advantage of the direct III-V semiconductor materials shown here is that the band gap is relatively sharp. The absorption coefficient increases quickly above the band gap energy. If we look at the utilization of the band gap energy, due to the direct band gap properties, radiative recombination processes can become an important recombination mechanism as well.

The Shockley-Read-Hall recombination can be kept low as the typical epitaxy processes used to deposited III-V films, results in high purity films. Why does the III-V technology result in high conversion efficiencies? The III-V technology PV devices are based on the multi-junction concept. More than one band gap material is used.

How does a multi-junction solar cell work? The p-n junction at the window layer at which the solar light enters the PV device is called the top cell. As the spectral part with the most energetic photons like blue light has the smallest penetration depth in materials, the high band gap junction always acts like the top cell. As the near infrared light outside the visible spectrum has the largest penetration depth, the bottom cell is the cell with the lowest band gap. This cell has to harvest the photons from spectral parts with the lower energetic photons. Here we see the J-V curve of three single p-n junctions.

However, the various solar cells have different band gaps and therefore different open-circuit voltages going from high voltage for the top cell down to a low voltage for the bottom cell. Secondly, the current density generated in all cells have to conduct through all three cells to be collected at the front and back contacts. As a result the multi-junction can be interpreted as a series connection of single junction solar cells.

Now we return to the question: How does the J-V curve of the triple junction look like? The voltages of the individual cells add up in the triple junction like in a series connection. The current density in a series connection is equal over the entire solar cell. This means that the current density is determined by the p-n junction generating the lowest current. The resulting J-V curves look like this. The voltages add up and the current is determined by the cell delivering the lowest current. Let's look at a typical band diagram of such triple junction.

Here you see the top cell with high band gap at the left hand side and the bottom cell at the right hand side. However, the band diagram would not look like this in reality. If we place three p-n junctions in series it means that the p-layer of for instance the top cell and the n-layer of the middle cell form a p-n junction as well. This p-n junction is in the reverse direction compared to the p-n junction forming the three single junction solar cells. This would significantly lower the voltage of the total triple junction.

This demonstrates that the recombination current at the tunnel junctions represent the current density of the triple junction. The cell producing the lowest current will determine the current density of the cell, just like we expected for a series connected cells. Let's move to the processing of III-V semiconductor materials. High-quality III-V semiconductor materials can be deposited using epitaxy deposition methods.

Epitaxy is a deposition method in which a crystalline overlayer is deposited on a crystalline substrate, where the overlayer adopts the crystal lattice of its substrate. The precursor atoms are provided by various element sources. For instance like in this illustration, GaAs is epitaxial deposited.

Gallium and arsenic atoms are directed to a growth surface under ultra-high vacuum conditions. The substrate is usually a germanium substrate. The GaAs crystalline lattice is grown layer-by-layer and adopts the structure of the crystalline substrate. The relatively slow layer-by-layer growth allows the deposition of compact materials without any vacancy defects. Furthermore, processing at high vacuum conditions prevents the incorporation of impurities. Dopants can be added to make it n-type or p-type.

III-V semiconductors can be deposited up to a very high degree of purity. In general, metal-organic chemical vapor deposition, abbreviated as MOCVD, is used to deposit the III-V semiconductor layers. Typical precursor gasses are trimethyl-gallium, trimethyl-indium, trimethyl-aluminum, arsine gas and phosphine gas. Surface reactions of the metal-organic compounds and hydrides, containing the required metal chemical elements, creates the condition for the epitaxial crystalline growth.

Not every valence electron is able to make a bond with a neighbor. However, the triple junction, I have introduced earlier based on GaInP, GaAs and germanium is a lattice matched solar cell. What do I mean by that? Let's look again at the phase diagram of semiconductors where the band gap is plotted versus the lattice constant.

To have a reasonable current matching the desired band gap of the top cell should be around 1.8 eV. However, we see that no alloys, based on solely two elements, exist with a band gap of 1.8 eV. However, if we take a mixture of gallium, indium and phosphorous, we see that we can make a III-V alloy with a band gap of 1.8 eV and which has a matching lattice constant with GaAs and Ge. Consequently triple junctions based on GaInP2, GaAs and germanium can be fully lattice matched. Here you see some specs of a typical lattice matched triple junction under AM0 sun light exposure with an irradiance of 135 mW/cm^2 of Spectrolab.

The total open-circuit voltage is 2.6 V, and the short-circuit current density is 17.8 mA/cm^2. This means that up to a band gap of 0.67 eV we have a spectral utilization expressed in current densities of 53.4 mA/cm^2. Theoretically, this spectral part can generate 62 mA/cm^2 of current with an EQE of 100%.

This means that this triple junction of spectro-labs has an impressive averaged EQE of 86%. Having a high FF of 85% this cell has a 29.5% conversion efficiency for AM0 space conditions. The EQE of a triple junction would look like this.

Note, that this graph is a simulation of a GaInP-GaAs-Ge triple junction solar cell. The spectral utilization of the various sub-cells approaches the shape of block functions. You have to realize that the fact that III-V materials have sharp band gaps and have high absorption coefficients, is really helpful in designing these triple junctions. As you can see, the bottom cell generates much more current than the middle and top cell.

This ineffective use of the near infrared part can be improved when we move to quadruple junctions. Here you see the example of the EQE of a quadruple junction measured at the Fraunhofer Institute. As you can see an additional cell is placed between the middle and bottom cell of the triple junction. Currently the energy utilization out of the spectrum is further improved by moving to multi-junctions of 5 to 6 solar cells. A challenge with going to so many junctions is that the lattice matching can not be guaranteed anymore. These types of lattice mismatched multi-junctions are called metamorphic multi-junctions.

The $/Wp of a small expensive III-V multi-junction device can be improved by concentrating the irradiance of a large area on the small solar cell device. Advantage of concentrating sun light is that the open-circuit voltage is increased with the irradiance as well, as long as Auger recombination of light-excited charge carriers does not become dominant. Important is that the small solar cell devices have to be actively cooled. As will be discussed in weeks 7 and 8, the performance of PV devices goes down when they heat up. This loss in performance is a result of the increasing dark current of the diode component of a p-n junction. Furthermore, concentrator solar cells need sun-tracking systems.

These systems make sure that the optical concentrator system tracks the sun and guarantees the optimal light concentration on the small PV device during the entire day. The non-modular costs of concentrator systems are consequently larger than that of conventional PV system based on c-Si or thin-film technologies. The current record conversion efficiency on lab-scale is 44.1% under 942 concentrated sunlight conditions as achieved by Solar Junction. This was a quick overview of the III-V PV technology. In the next block we will talk about thin-film silicon PV technology. 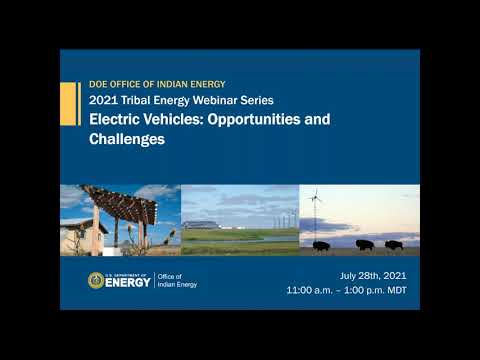 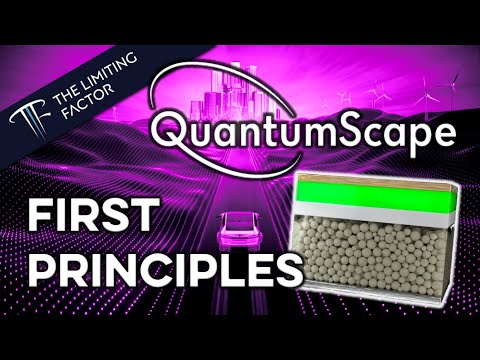 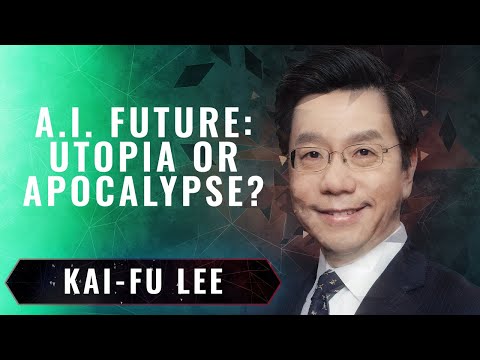