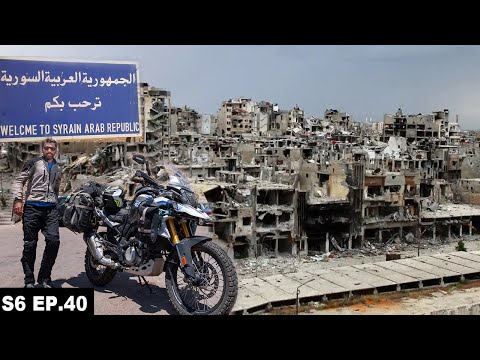 And you can see that the whole city center looks abandoned. Truly heart breaking scenes. Just look at that building This is the mosque where Hazrat Khalid Bin Waleed (RA) was buried. He was a close companion of the Holy Prophet (pbuh).

This whole area of ​​city center has been destroyed. This is the mosque.. And...

I don't need to say anything. You can see for yourself. Two kids are standing in front of the mosque. Unbelievable We are filling the fuel tank of Rangeeli (motorcycle). Good to see that he's using a piece of cloth to filter the petrol.

Assalam Alekum and Welcome Back to the Channel from Homs, Syria. I got here last evening after visiting the Krak des Chevaliers castle. The car of our guide broke down on our way to the castle. He has arranged another car today so that we can continue our tour. The place that we plan to visit today... A bit noisy.. Isn't it?

It's called Palmayra. This historical city is a part of UNESCO World Heritage site. It has ruins from the Roman period during the 1st, 2nd and 3rd centuries. I hope I'll be able to portray it in front of you, in a good manner. Homs is right in the center of Syria.

If you locate it on the map, you'll see that there are coastal areas just 100 km away from Homs. 100 km towards the other side and you'll see the desert. Aleppo which is close to the Turkish border, is also about 150 km from here. And the same is true for Damascus. Such an ideal location it is..!

A river also runs by this city and it's the reason why there's so much agriculture in this region. The river originates from the mountains in Lebanon and is called Orontes. Orontes passes through Syria and goes to Antakya in Turkey that was formerly a Syrian city. Let's go and explore this area. We may also do a short round through the city.

Bismillah... In the name of Allah... *Prayer for the journey* May Allah make this a great day for us. And I pray the same for all my viewers. I hope, both me and my guide won't have to face any mechanical problem today.

We got here quite late last night. It was 10 pm already. And this has been the story of this tour. When we reach our destination late in the night, it's pretty hard to get up early next morning.

The hotel where we stayed last night was not a very good hotel. It was just okay. There was no electricity... And the fan also turned off after two hours. After that, I had to fan myself for the rest of the night. So my days are spent riding the motorcycle and nights are spent fanning myself.

That's the reason, I still feel a bit tired. Haven't slept properly for the last few days. Normally, it is quite pleasant here at night. However, the hotels are closely located and are tightly packed. Therefore, the ventilation is not sufficient. That's why everybody here uses AC.

Time for a short round of Homs city. This is the 3rd largest city in Syria. Our guide told us that previously there were 2 million inhabitants in this city.

Today, this number might be just half of what it used to be. The rest of people may have migrated to other places. However, you can still see that it's a relatively livelier city. That's the University of Homs... Al-Baath University.

The 3rd biggest university in Syria... Or may be the 4th... There's one in Damascus; one in Aleppo; one in Antakya. And this one in Homs. There's also a new university in Hama. So, students from all over the country come to study at this university. This is the statue of the late president Assad. So, we'll ride and go to other points.

You'll see a lot of young people here. And that's because of the Al-Baath University. I think the building towards our left is the university building. Syrians are really well educated people. You'll find Syrian doctors all over the world.

Especially due to war, a lot of people left their homes and settled in other countries. Are we in the city center yet?? Assalam Alekum Thank you As soon as you enter the city center... you get to see the signs of war on the walls. I've been told that this city center was impacted badly during the war.

There have been severe battles between the government and rebels in this area. Every building tells you a story of war. The locals must have been through a very hard time. You can see whole buildings .... which can't be called a building today. The area that you can see in front of us... Left... Right... Everywhere...

May Allah forgive us all... And you can see that the whole city center looks abandoned. Truly heart breaking scenes. Just look at that building in front. And this one... Lets turn around from here because the guide is waiting for us back there.

I just wanted to make a round and record this for you all. We are going to see the mosque that is on our right side. Our guide has told us that the restoration work is in progress here. And that's why the mosque is closed.

Can't see it from here. But this is the front. This mosque has the final resting place of Hazrat Khalid Bin Waleed (RA). He was a close companion of the Holy Prophet (pbuh). Restoration work is in progress in the mosque.

So, we can't go inside. The entire area of ​​the city center is in ruins. This is a relatively better view of the mosque. But I can't stop here to film it as my guide has forbidden me to do that. Could create problems here.

This is quite a large area. My initial thought was that only the city center was affected. But we are already past the city center.... Must be a couple of kilometers away from the city center now. At least this place looks a bit better. Time to leave the city behind and go to the highway.

The highway will take us straight to Palmyra. It's gonna be a desert area and will be quite hot. But it's gonna be a swift ride... Because it's highway... after all...

There may be something interesting along the way. But no one really lives there. We may only see Bedouins there. So we may stop there.

Otherwise, we'll head straight to Palmyra. Interestingly, when you come out of the city center... You feel like it's just another Arab city. Where people are leading their normal lives ... busy in their everyday routines. Out of all the areas I've seen here, it is mainly the city center that is seriously damaged.

Throughout, we have seen considerable traffic on this route. We've passed by many small villages. This is our first turn here and there's a check post right after that.

I'm going to turn off my camera. This clay village is a rather interesting looking place in this desert. But nobody lives here anymore.

You can see the fallen walls on the ground. But you can have an idea about the life style of people that used to live here. The benefit of making such houses is that they are cooler from inside.

Even if it's really hot outside, the inside of your house will still be cooler. We are gonna take a short break here. Feel like drinking some water. Gonna park the motorcycle here. It's the super market of a very small village.

Yes. Big one. We can keep it in the car. We can get shwarma from here. OK. We are back on the road after that short break. I've seen quite a few soldiers of the Syrian Army in this area.

I've been told that this area was heavily under the ISIS attacks. And it has forced the majority of the population to leave their homes. As we'll get to Palmyra... we'll see how that city has been deserted.

I've come to know of another interesting thing. The oil pipeline from North Iraq... That goes towards Lebanon.... passes through this area in Syria.

In fact, there are two pipelines.... One of them supplies oil from North Iraq to Homs, Hama and other Syrian regions. The other one supplies oil to Tripoli. There's a check post here so need to turn off the camera again. I've been told that these mountains over the horizon... I'm not sure if GoPro is capturing them.. ISIS is still active in those mountains.

They can still attack any town. That's why there is heavy presence of army in this region. I haven't seen that in any other Syrian area yet.

We are very close to Palmyra now. Through out the 40 - 50 km that I've covered... I think I must have covered almost 80 km through the desert.

It has been a long ride. You can see that it's not about any particular town or village.... Almost all the population through this route have been wiped out from their home towns. This whole area is badly affected by war. Let's see what is the situation in Palmyra. Because it had a population of almost 50 thousand.

Before the war I mean. The situation that I'm observing now is really grave. Giving me goosebumps.

That's the city, guys. There are small mountains around the city... Other than that, it's just a desert. This area connects to Iraq in the north.

Just keep watching. I've been told that most of the population has abandoned this town. Let's see if there are still some people living here. I'm at a total loss of words to express what I'm seeing here. There are big and beautiful houses...

But everything has been destroyed. There are quite a few hotels as well.. I mean I just read the remains of their sign boards. Other than that... this whole area is... In Homs, it was just the city center that was affected. However, this area was not that fortunate.

This is primarily a military town now. There are check posts everywhere around here. You can only see the army personnel living here who are working on different duties in this area. The rest you can imagine yourself. That's the mosque of this town... And....

Don't need to say anything.... You can see its condition for yourself. Two kids were standing outside the mosque.

We are gonna ride through the city now. And after that, we'll go visit the Roman ruins. Just saw few shops open here. It's quite possible that some people might still be living here. But personally I haven't seen any such house.

At least I haven't seen one by the road side. No place to be seen where someone is living. 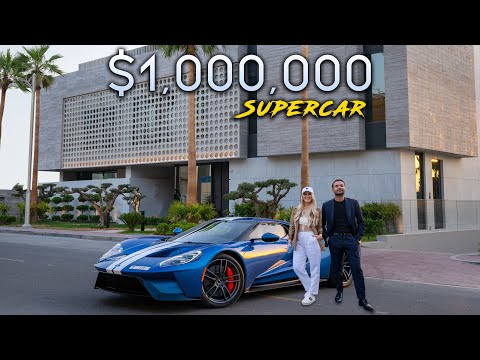 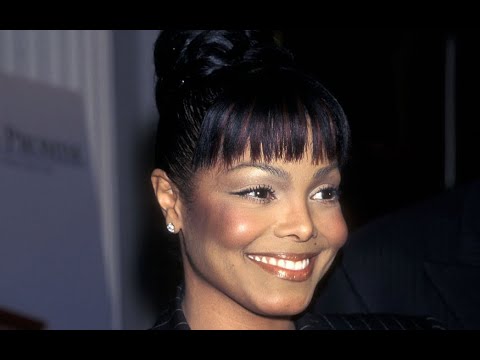 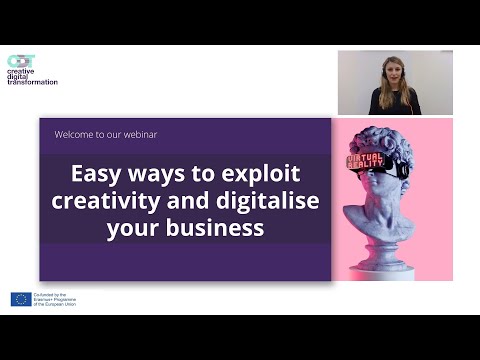