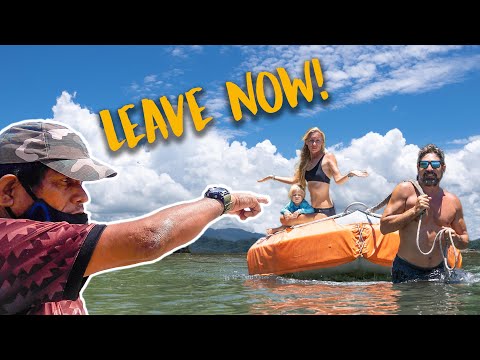 - In today's video, we show you a couple of fails from our normal everyday cruising life. (engine crash) (speaking Spanish) - I don't really feel like dealing with this. (Sierra crying) - Daddy's. You're very welcome. I made that, especially for me but you're welcome to have it.

(upbeat guitar music) - We have decided to do a crazy little mission at Rio Diablo. I don't know a lot of information about this river but I think it like goes from this town here. - The River of the devil.

- Oh, I dunno if that sounds very good though. (Karin laughing) It goes from a little town here up into the jungle and I think it should be pretty cool. We haven't taken the dingy up a river in quite some time. Since (indistinct), I guess. - The entrance should be a little bit shallow, - [Karin] Yeah. but once we get over that it should be deep.

And everybody said, it's beautiful with the village gets their fresh drinking water from there. - Yep. We have packed all our stuff in a little survival bag with cameras and snacks and gonna jump in the dingy. (engine roars) (upbeat guitar music) - Today's video is brought to you by AG1 from Athletic Greens. Though, a few months ago I started taking AG1 powder by Athletic Greens.

And now I love it. It's like a pretty important part of my daily morning ritual. So you don't actually need a bunch of supplements.

It's just one scoop of AG1 powder and eight ounces of water. You shake it up. It's an easy and great way to start out my day. Ah, it's good. Right now is an added bonus. If you head on over to AthleticGreens.com/svdelos you'll get a free one year supply of these vitamin D drops and a five pack of travel sized AG1 powder packs.

So after I drink the AG1, I notice a general like boost in my energy levels. And I also know it's good for the general health of my gut. It aids in digestion, and it's also good for mental clarity. So just head on over to athleticgreens.com/svdelos. AG1 is a real game changer.

It's a great way to boost your immune system and kickstart your day. And right now, if you place an order, you'll get a free one year supply of the vitamin D drops. You'll also get a five pack of travel powder. Thanks very much for watching and back to the show.

It's over there. The entrance to Rio Diablo is located just a few miles from the twin Kuna villages of Corazón de Jesús and Nargana. (marimba plays) It's unmarked, but reportedly easy to find after you cross over the shallow bar. After the entrance, the river's quite deep and flows for miles up into the surrounding mountains where the pure waters are tapped by the local villages for drinking water. Our plan was stand up as far as possible into the jungle.

- [Karin] Yeah. It's supposedly like super shallow kind of right here. As the river comes out into the ocean. You can see it's like breaking waves.

Not very big, but like small ripples. (marimba music continues) It's so murky, you can't see anything. (underwater bubbling) It's like super cool already and we just entered. - [Brian] Yeah, it was really nice.

As soon as we came across the bar you could see the change in water color. It went from like really muddy where the two waters were coming together to like this brackish water in here. - [Karin] Well, it's no wind in here. - No, it's still, at least there's a little bit of shade though. - [Karin] Yeah. - It's hot though.

Yeah. I think they've cleared some land and probably bananas and coconuts I would guess. Those are banana trees. Yeah. This is a cemetery and it looks like they're buried above ground, which makes sense. (ringing music) (rhythmic clapping) (underwater bubbling) - [Karin] This is pretty cool.

(marimba music continues) (engine rumbling) It's a super shallow part right here that we just went through but I think we're gonna make it without having to go into the water, but the water is getting super clear. It's like really beautiful. So I'm wondering if it's completely fresh now. - I bet it is. - Yeah.

- [Karin] Yeah. - Right here over there. And then it gets shallower again where the. Maybe if we had like two more people. - [Karin] Just push the dingy over.

- We could just pull it over, but I don't think me and you are gonna get it over that. - [Karin] Yeah. Well, this might be a nice place to take a little dip. - Yeah. This looks nice. It's too shallow for crocs that's for sure.

- [Karin] Yeah. - Whoa. (guitar and drums playing) It's the dry season here in Panama which means the river level was at its lowest point.

There was no way we were gonna get heavy Maggie any further up. So we decided to make the best of it and enjoy a refreshing, fresh water dip. (guitar and drums continue) - Oh.

Ah, it's cold. (water splashing) (water burbling drowns out Karin) - That was super nice. But I think it's time to go back. It's quite a ride back.

And then we're also hoping to maybe go into town to get some groceries or something. So you we're just gonna head back. Yeah. Okay, Sierra hold on. - Sierra you have to push. (speaking Spanish) Hello. Hi.

(gurgling) Okay. This is our friend Julian. He was just telling us that the water pipeline right there is broken for the village. So this is where everybody comes to get their drinking water. - [Karin] Really? - [Brian] And then they boil it. - [Karin] Oh. - [Brian] Before they drink it.

- [Brian] And you have a shop that sells vegetables and fruits. (Brian and Julian speaking Spanish) - [Brian] Okay, cool. And this is all the water that he's taking back to his village for drinking. That's very cool.

It was very nice to meet you, Julian. (Brian speaking Spanish) Have a wonderful day. So we left the anchorage this morning and we made a two and a half mile sail over to Nargana. It's a non-traditional Kuna village. I guess is a good way to describe it. It's a place that has electricity and the cell phone tower.

- [Brian] So weird. - It's kind of interesting, but I guess they take COVID Sierra's so bored. - [Brian] She's like, what is this place? (blowing raspberries) We need to get outta here, huh? People are weird. There's trash everywhere. (local and Brian speaking Spanish) - [Brian] Okay, that was one of the weirdest experiences I've ever had for shopping.

They're nice though. - So I put away all the food in our baskets. We decided to get on our way. Where are we going? We haven't decided yet.

- I don't know. We just sort of left. It depends on the winds. We're just gonna point as high as we can. - [Karin] Yeah.

- I'd like to get back out to Hollindes. - Yeah. That was a cool stop though. - Yeah. I've really been wanting to learn and know more about the Kuna. - I know. - But it's just really hard 'cause the guys in the outer island speak like no English.

- No English, yeah. - And it's really hard. Like I can do basic things with them.

Like buy lobsters and stuff. The guy we met in the river, Julian - I know it would've been so cool to go to his vegetable stand. - If we could have spoke like, combined my little bit of Spanish and his little bit of English and like seen where he lives but nobody's allowed on islands because of COVID.

- He said that he has a vegetable stand too. So like - He runs a fruit and vegetable shop. - So that would've been perfect, but we're not allowed on that island. Then there was this one and yeah, whatever. - Our day in the big city is over. (Karin and Brian laughing) At least we were able to get a few vegetables.

- Yeah. So that's good. Well, we'll see how the sailing goes. But Sierra is sleeping good. And yeah. Be nice.

The apparent wind with our speed puts us up at 27 knots. - [Karin] The waves are huge. - Yeah. I mean I think that they just go right between these islands. There's pretty, look at this swell. Geez.

(Sierra and Brian laughing) Oh no. - Oh no! - [Brian] Uh-oh, be careful Sierra. We're sailing. (wind blowing) - [Karin] Crazy. How much difference a few knots can make and especially when we're not protected by the island. It's pretty fun though.

When you know it's gonna last for like an hour and not like five days. (Karin laughing) But I think I can already see kind of our anchorage on the islands up there. - Momma! - Wee! (wind blowing drowns out Karin) - [Brian] I dunno if you've seen the back of the sail, how it's fluffing, fluttering like this.

It's because we're on our second reef and I haven't moved the car forward. So the sail is, the foot of the sail, is shorter and I've left the car, you know, the jip car with the sheet in it set for having full, sail out. And so if I were to bring that forward, then it would pull down more on the trailing edge of this sale and then stop that fluttering.

But we've got like. - [Karin] So why haven't we done that? - I don't know. We've got like a mile. It's not a very long sail, so we're just going with it. Cause then you have to ease the sail out and move it forward.

And we're sailing fine. - [Narrator] A few minutes longer than a little bit later. - [Karin] Decided to fix it? - Yeah. I might as well.

- [Brian] Look what a difference. - [Karin] There is avoiding this reef right here. - [Brian] Yeah, you can see a breaking like right here and I'm always wearing polarized glasses because the change in the water depth looks really obvious in these glasses.

Yay! Are you happy? - Yay! - [Brian] Yay! - [Karin] Calico! (soft guitar music continues) (chains clinking) This looks like a really cool anchorage. It's a little different from the ones that we've been to before. It's kind of like a pass and it's a lot of current coming through because of all the waves that is coming over the reef. But it's really pretty. The water is clear and yeah, it seems really nice.

The beach is kind of a little bit further away. We've been super close to the beach so far, but yeah it looks like a nice spot. I like it already. And it's a few other boats here. So some other friends to hang out with.

Should be cool. I think it's gonna be really windy in the next couple of days too. So it's nice to be somewhere where it's like really still and like, you know, good breeze is always good. So we'll see. But I like it - [Brian] Up next on Delos. We explore a place called the hot tub.

Where Sierra discovers a new hobby. We meet some new friends and I get my kite game on. (jazzy guitar music) - [Karin] Where did Sierra go? - I can't see her. - [Karin] Hard to keep yourself entertained. - Yeah. Well your parents are on a boring dingy expedition.

- Daddy's! - [Brian] You're very welcome. I made that, especially for me but you're welcome to have it because I love you. 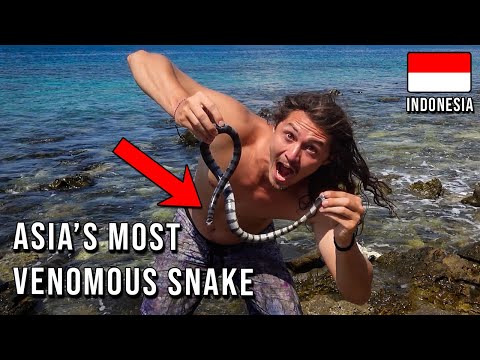 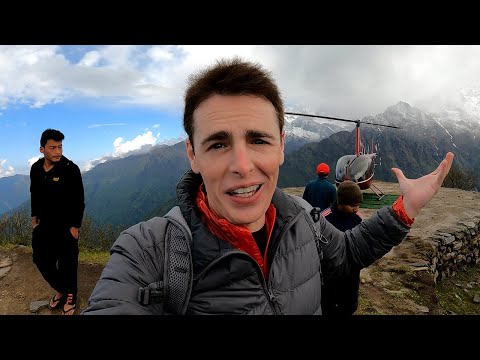 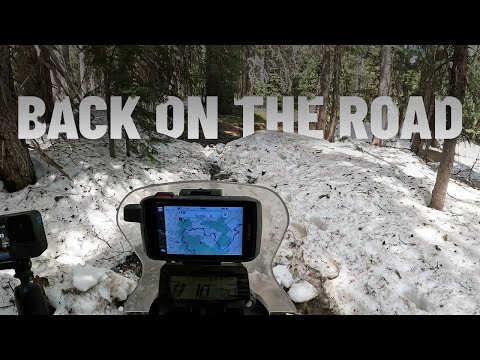