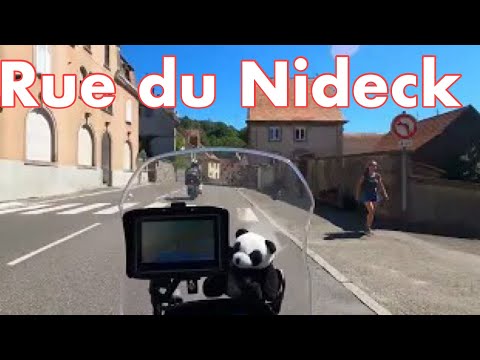 Hey hello and nice to see you again at day 6 of our holiday trip. This morning, after we got up at Auberge La Sapinière, we first took a walk in the garden and there we met mister Lama. According to Jacques, the manager, the Lama was not a very friendly one, because he'd already spit in a few people's faces. But we were lucky, because he was just nice to us. Then we packed the motorbikes and joined for breakfast.

That was so extensive that we were stunned and forgot to take a picture. What we found very special was, that Jacques put our sticker on his antique radio. Top and thank you very much! Busy over here! Beautiful in the curve But you don't hear anything at all here, in the evening, at night it is completely quiet.

Really recommended. Well, so this was auberge La sapinhmmm.. Ahhh, I forgot the name again! But yeah, it doesn't matter, we slept here very well.

Sapinière! We slept here very well, nice and quiet, had a delicious breakfast really so kind people! You can go there with your french, your german, your english, so something for everyone. Yes nice! And up we go again to the Grand Ballon! Bah, imagine you will live here... ;) Here to the left, parking with the other motorcycles? Where? Cars, cyclists You really have those professional cyclists and you have the... ...tourist cyclists Vallée de Munster So we are going via Germany? Oh, no OK! Beautiful village! Muhlbach Munster Storks everywhere, I saw that too earlier. Small marketplace. Yes nice It's really Sunday, isn't it? You can see that.

Also very beautiful this village Oberhaslach Beautiful! Also has it's own church Blue house, easy to recognize! Yes, we are now on Rue du Nideck. Can you see it? It's shaking a little bit. So, now it's 1,7 km until we get to the castle But, we won't get to the castle now We will get to the restaurant now, if all is well the restaurant is still there and then you would have to climb all the way to the castle We won't do that, it's way too hot, it's now about, let's see, almost 30 degrees so, we won't do that. Cascades, Ruins du Nideck. Well eh... Anthony (grandson)!

especially for you too! Cascade... and it's a long way, walking way up We won't do that, this is the restaurant du Nideck Do you want to do something here, Henri, or will we drive on? Oh OK! No, isn't it? OK! We move on! A car, I see it. And then we should almost be at the castle... Reserved... it was a little bit at the top in a... Somewhere here? No! No! It was on the right side, eh the parking place. Yes, a little bit further A little further there was a parking place and there was a sign too.

Burg Nideck... OK Parking place... what? No...no... No, this isn't it, because there was a sign too! With a parking place for the castle. And here is not a parking place (Henri) I think that's where the castle is! No, this isn't it It wasnt that close to the road. No, no, it isn't here, it isn't here A little bit further, I will drive a little further What was there? Les Nideck, here here! Castle and cascade And this is the ruin of Burg Nideck, which plays a part in Mai-Ly's family history.

It is located in the Alsace, 5 kilometers northwest of Oberhaslach at an altitude of 550 meters. Nideck was first mentioned on stamps from 1262 of the Viscount Gunther, an accomplice of the Bishop of Strasbourg and was inhabited by the Viscount of Nideck. In 1454 the castle was conquered by Ludwig von Lichtenberg and became a robber's nest. But after this period it disappears from the scriptures, probably because the castle is so remote. It was destroyed by fire in 1636. The castle was best known from the fairy tales of the Brothers Grimm and the poem “Das Riesenspielzeug” by Adelbert von Chamisso.

What can we see far away! Yes, beautiful! Up forward, there is the valley! And every village has it's church... ...and every house has it's cross And where are we? No idea, we will search for that, where that is... But, it is still in the Alsace! We are still in the french part of the Alsace. And we are driving now towards? Manderscheid in Germany and according the navigation it will take still 3 hours and 51 minutes? And 220 kilometers! And this you just come across on the way near Lützelburg... After some searching we found the last room of the hotel Am Ceresplatz in Manderscheid. The bikes safely locked in the garage and afterwards we sat together on the terrace.

With that we come to the end of this day. Thank you for watching! If you liked the video, please give it a thumbs up, comment and don't forget to subscribe. Until the next! 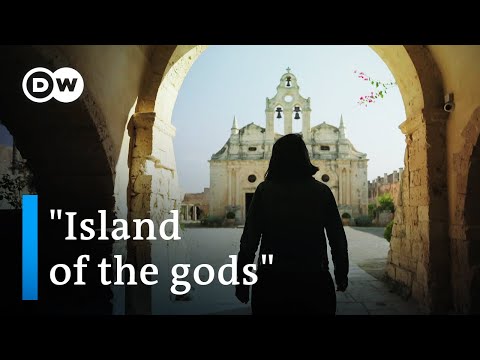 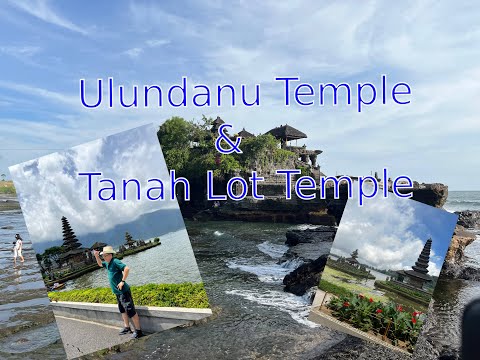 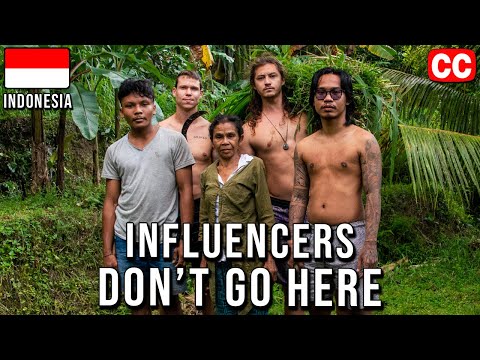