Greece, the Peloponnese, Part one - culture, mountains and beautiful coasts 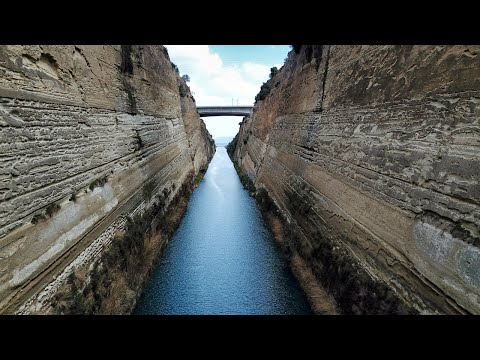 Sun, beach, cozy taverns and a lot of culture, that's what Greece promises. The latter is especially true for the Peloponnese peninsula, because it is considered the cradle of European culture. Many legends and myths of Greek antiquity originated here. Just mention the beautiful Helen, Agamemnon or Hercules with his deeds, not to forget the Byzantine times.

In addition, the area promises unspoiled landscapes, beautiful sandy beaches, wonderful villages that have preserved their original charm and excellent hikes through mountainous areas. A trip that is worthwhile. The Peloponnese is a peninsula located in the very south of Greece and separated from the mainland by the Corinth Canal.

The region is much less characterized by tourism than the rest of Greece and is particularly suitable for individual tourists. Our first destination is this very canal, quasi the gateway to the Peloponnese. Built from 1881 to 1893, it saves ships a detour of over 300 kilometers with its soon 80 meter depth. Today, however, it has lost some of its importance.

At 17 meters, it is simply too narrow for large ships, and it is in urgent need of renovation. Well, the canal can be used in other ways. Nevertheless, about 11,000 ships still pass through it every year. Nearby, the village of Archeo Korinthos. Here we stay one night to visit the ruins of the ancient city.

Hard to imagine that these are the remains of what was once the third largest city in Greece, in Roman times, is said to have been home to 100,000 people. It was an important exporter of black-figure pottery until the 6th century BC, supplying the whole of ancient Greece. The ruins are mostly of Roman origin, as they once destroyed the commercial metropolis and rebuilt it. Only the remains of the Temple of Apollo, built in the 6th century BC, located above the Agora, the marketplace, testify to its size and importance. On the way to Nafplio, our next domicile, 40 km from Corinth lies an undoubtedly special place.

Mycenae, the legendary fortress of Agamemnon, leader of the Greeks in the Trojan War, brother of Menelaus, husband of the beautiful Helen, who was abducted to Troy. Greek mythology at your fingertips. How you must have felt in the Bronze Age when you saw the castle from a distance and then the huge wall.

It consisted of stone blocks weighing tons and precisely cut. This could only have been built by the gods, or by the giant, one-eyed Cyclopes who were in the service of the gods. Hence the name Cyclopean Wall. The ruins, which are well over 3000 years old, are a Unseco World Heritage Site, and were a royal palace, fortress and capital during the Bronze Age.

One of the excavators was Heinrich Schliemann over 140 years ago. Here he found the legendary gold mask, which he attributed to Agamemnon. According to recent research, however, it is 300 years too old to fit in time with the Battle of Troy. A visit in spring is especially beautiful. It is green and blooming on all corners, while later in summer and autumn everything is dry and brown.

Moreover, there is less going on at the moment. Outside the castle walls around are nine elaborate domed tombs for kings and princes, built around 1500 to 1300 BC, some of which are excellently preserved. They also show the skill of the ancient builders, as the hewn stones used for them weighed up to twelve tons. Only a few kilometers away there is another archaeological site that is well worth a visit. Original sound: we are here in Nemea. It is one of the four places where the Panhellenic Games took place from 573 BC.

They were held every two years. They were sporting competitions in honor of the Greek gods. They took place in Nemea, Corinth, Delphi and Olympia.

Originally they were competitions among warriors in full costume, later the fighters competed naked, the only exception was the weapon race. In the ancient stadium, since 1996, the Nemean Games have been held There are no records, no medals, no prize money. The athletes compete barefoot and in a white tunic. Last time 8000 visitors came to the games. Worth seeing is especially the old temple complex.

I am standing here in the temple of Zeus, it is dedicated to the supreme of all gods. Around the outside there were six by twelve large columns, also inside there are various remains of columns. It was built about 600 before Christ. The main excavations took place from 1973 to 2001 in several excavation campaigns. In the process, some of the columns were erected again. Originally, there were only three, as photographs from ancient times show.

If you have not had enough of old ruins on this day, you can pay a short visit to the Heraion, ten kilometers away. It was once the most important sanctuary of Hera. Here, during the annual festivities, the marriage of Zeus, the father of the gods, and his sister Hera was reenacted.

It lasted three days. There is not much left, but a walk is worthwhile because of the beautiful views into the valley. We have arrived in Nafplio. Here we stay for three days.

The city is the tourist center in the region. Even cruise ships stop here. However, this does not detract from Nafplio, as there is a density of taverns, bars and pubs as well as handicraft stores like nowhere else in the Peloponnese. Whether in the wonderful old town or harbor promenade, which invite you to stroll, shop and eat well.

N fplio was once even the first capital of Greece from 1829 to 1834, during the Greek struggle for freedom. In 1832, the fourth National Assembly was held in a suburb, which elected Prince Ottovon Wittelsbach as King of Greece. It is an immense complex. It is perched on a hill above the city at a height of 230 meters. You can walk up from here, 999 steps are said to be. But you can also drive up.

We are talking about the Palam di Fortress. Built by the Venetians at the beginning of the 18th century, the whole complex consists of eight forts bearing the names of ancient Greek heroes. A hike through the complex is worthwhile, also for the wonderful views of the city of Nafplio and its surroundings.

And yes, it is a hike inside the fortress walls. The terrain seems almost endless. After all, we covered almost seven kilometers within the old walls. The interior of most of the forts is reclaimed by nature, currently it is greening and blooming everywhere. We made our way to Tiryns, located near Nafplio. The Mycenaean castle is a world cultural heritage site, gigantic walls made of boulders weighing tons have survived the times.

These walls, too, could only have been built by the helpers of the gods as in Mykonos, the Cyclopes. The thickness varies between 4.5 and 8 meters, the total length of the walls is about 725 meters. The present form of the complex dates from about 1200 B.C. At that time Tiryns was one of the most important centers of the Bronze Age in the eastern Mediterranean. A walk around and through the complex is enough, so we don't linger too long. Our destination for today, Epidauros, is half an hour's drive, about 30 kilometers from Nafplio and is the most important ancient cult site for the healing god Asclepius and his father Apollo in Greece.

You can see the remains of a sanatorium with a spa, which essentially dates back to Roman times, as well as various sacred sites. A sports arena also belonged to it at that time and for the entertainment as well as spiritual healing of the patients a theater, which holds about 14,000 visitors. This building is also the reason for the trip to Epidauros. There is no comparable theater in Greece in terms of state of preservation and fame. It is almost completely preserved, only the foundations of the stage house are left. It dates from about 330 BC and was in operation with interruptions until the 4th century AD.

The next day's tour from Nafplio takes us 80 kilometers east to the Methana peninsula. It goes winding first through mountainous landscapes and then along the coast to the volcanic island. It is connected to the Peloponnese by a narrow land bridge. Few visitors come to Methana, we were the only ones on this day during the hike through the wonderful volcanic landscapes high to a crater.

The island consists of 25 volcanic vents, but most are covered by erosion and tree growth. One can be climbed. A short but worthwhile tour. This volcano was active for the last time 2000 years ago. The bizarre rock formations tower up to 100 meters.

We made a short stop on the way back to Nafplio at the ruined fortress of Larissa, located on the mountain of the same name. The castle is based on tenth-century Byzantine buildings, and in the 13th and 14th centuries the Dukes of Athens further expanded the fortress. Subsequently, the Venetians still laid hands on. From here you have a beautiful view of the Argolic plain and the city of Argos. At the foot of the mountain lies the ancient Argos.

There are the remains of a theater that once held about 20,000 spectators and was carved directly out of the rock of the mountainside. It is said to have been larger than that of Athens or Epidauros and was built at the end of the 4th century BC. It is quite well preserved, although nature is slowly taking possession of it again. Directly in front of it are the remains of Roman baths, and a brick wall a good ten meters high is particularly impressive. The dimensions of the complex can be easily imagined, and the reconstructions of the former buildings on display panels illustrate everything.

Only a few meters away, you can see the ruins of the Odeon with room for 1800 visitors, here probably political meetings took place and it served as a cabaret stage. 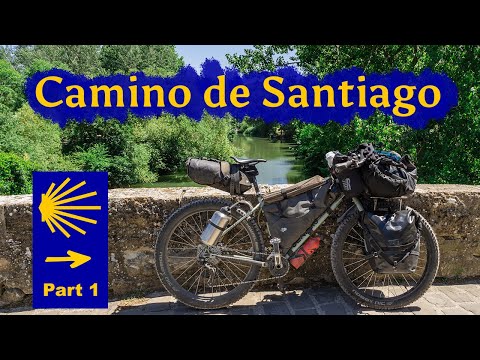 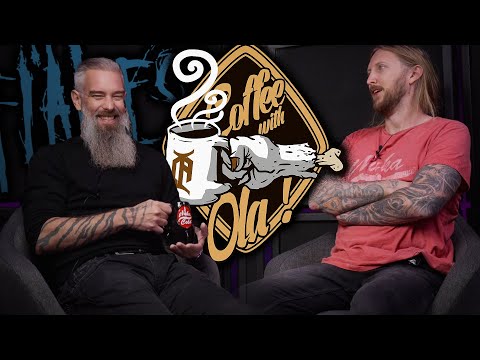 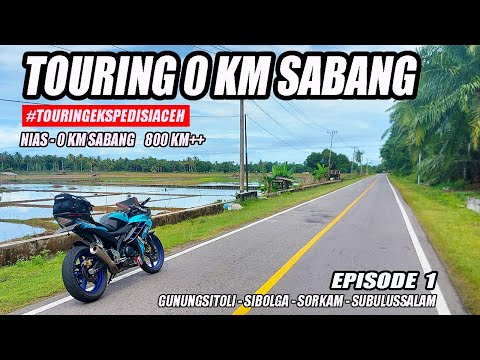