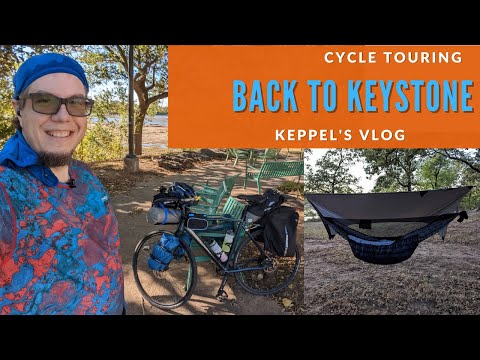 Hello, friend humans! Lucus Levy Keppel here, and I am so excited to be back heading out on an adventure! It's been a while - it's been a couple months since I've been able to get out camping, get out to have an adventure at all. And this is the first chance I've had to take Chiron, my Poseidon X out on a Bike Touring adventure. I've taken it to a bike park, I've taken out generally to ride around on as a commuter, but this is the first time I've taken it with all my gear loaded on it, and trying this out. In any case, I'm heading out to Keystone State Park near Sand Springs, Oklahoma. It'll be a great opportunity to test out this particular bike, this particular configuration, see how it is - it's only about 20-30 miles, depending on how I go to get there, so it should be a fairly straightforward trip. And it helps that I've been there before, I know what I'm getting into.

One of those things - some challenges, some hazards I'm expecting to face along the way: One of the things I know is that there's a bridge out. I don't know which one, I don't know where it is, so we'll have to see when we get there how easy it is to go around, or what's needed. I know also that there's a very steep hill This is about to be THE HILL at the end of the trip today.

It'll be nice coming back tomorrow, but for today, I'm a little bit nervous about heading towards it. Every bike I've ridden to that hill before, I've needed to get off and push. I may have to again - it's heavily laden over here, I think about 25-30 pounds of stuff on top of the 25 pounds of the bike, on top of, you know, my weight. So, without further ado, let's go! Let's head out on this adventure together! I look forward to sharing this trip with you. All righty! Leg over, here we go! There's a lot of traffic today! Also wind, but I expected that. Bike is also a little creaky with all these things on it - mostly when I'm pedaling, interesting.

All right, looks like there's an opening coming - there we go! Ope! Haha! All right! Ah, it's a beautiful time to be riding along the Arkansas river, even if the wind is going strong. It's been a tough trip - especially when you swallow a bug. All right - it is nice to be out, though. The bike is heavily laden, and yet, I'm still moving pretty well. I passed a couple people back there, felt good, even if I'm out of breath.

So, I'm here where I'm gonna take a break for a little bit - guess I can take off this hat, or helmet, or whatever. It's nice to have a resting place, and as I'm getting ready to sit here, I thought I'd walk over here, because I think you can see through the trees - Tulsa Oktoberfest, is just getting setup across the way. You could just hear the edge of sound - when I first pulled up, they were playing Tom Sawyer by Rush, so, y'know, that's kinda fun.

I'll take a little rest, listen to some music, and then head on the way. It's been a difficult ten miles to get started, looks like I've got about 18 left to go - so, so far so good! Thank you! Good day! About to cross the Arkansas - well, such as it is. It's a beautiful run.

Old 51 here, is closed to motor vehicle traffic - fortunately, I'm not a motor vehicle, and there's others that have ridden around the closed signs. Just have to go over the railroad track, and then, I get this road all to myself! And this side is in much better repair - just look how beautiful it is, though. Riding into the sunset - hehe! This is about to be THE HILL. Let's see how we do! All right! It's a start. Oh, can't see in that light.

A wee downhill... So close! Ok. Need to take a wee rest. All right. Red carpet 14 - nice! Okay, as we're getting setup this evening, I wanted to play a little game - and we're gonna call it, "What's in that bag!" First of all, this front bag here that's been riding all the way along, now the Poseidon X that I'm riding doesn't have the strongest fork in the world, so they say don't put more than 3 pounds on either side of the fork, so I tried to do that by keeping it light as for what's in here. So, what do you think's in here? Let's find out! Did you guess... hammock and straps?

If so, let me know in the comments! If not, well, that's ok - you'll get many more opportunities. Also in there - needed pillow. Good to have that in a dry bag.

Hammock and tree straps were one side, this one's on the other - what do you think's in there? Some of you probably have a pretty good idea. Did you guess that it was the tarp? If so, congratulations, you figured out my organizational system. Now, this front dry bag, what do you think in this bag? Did you guess underquilt and topquilt? The down stuff? I would hope that you did! It's often what I use this bag for - it's very waterproof, very robust, nothing's getting through this. However, I don't need that just as yet. All right, other bags! What do you think is in this one, back here? The saddle bag? In the saddle bag is... as I unroll it... a rain jacket, which luckily, I haven't needed,

and... cook kit, including my stove. I'll need that in a little bit. Left-hand side - what do you think is in this one? Did you guess food bag? I'd be very surprised if you did! Let me know.

And right-hand side - well, what have you seen so far? Can you do this by process of elimination? If you guessed clothing, pat yourself on the back - you deserve it! And last but not least, the center has electronics kit and toiletry kit, including shower wipes, I'm looking forward to using these. I'm a little salty, a little sweaty from the ride up here. Ok! Front bag has my lock, and it's normally where I carry my camera. The middle panniers have my drone and the charge brick - whatever that's called, the battery pack, that's what that was. So, those electronics that sit there, just in case I need to access them quickly. Ok! Thanks for playing, "What's in my bag!" Now, let's set up the hammock! Well, good morning, friend humans! Lucus Levy Keppel, here again.

It was a wonderful night's sleep - of course it got too dark to actually film anything, so I couldn't show you what was going on. I had some Forever Young Mac and Cheese for dinner last night, I'm going to have some nice oatmeal with freeze-dried apples for breakfast this morning. The marina behind me is starting to liven up as people take their boats out, the morning has truly begun. It got down a little bit chilly, as you can tell, I'm not in my puffy coat, but otherwise, I'm wearing just about everything I brought with me, which is a good indicator of the relative temperature, right - you tell by how much you put on during the night! I'm really grateful to have a little storage space above my head so I can just put all the gear I might need, my hat, the gloves, the longer sleeved shirt to keep me warm at night. I think it only got down to about 49 last night, a little lower than I'd expected, but not all the way down to the 30s, nothing dangerous. It was a great night's sleep - I love sleeping in a hammock, there's something that's just very nice, being able to know that I'm protected from the natural elements.

Speaking of which, I did knock my boots out this morning, because last night, I came across a scorpion! I have never seen a scorpion in Oklahoma before - but last night, there was one, over at the bathhouse. Wouldn't you know - that's just the way things go. So I managed to avoid that, and made sure that I didn't have any, I dunno, sting-y friends, sting-y insect friends that were in my shoes, I thought that was very important.

I'm gonna make my breakfast, the oatmeal I talked about, and then I'm gonna head back on the road, head back to home. I'm sure we'll go along the way and take some footage and make sure that you know where we are. I also hope to take some drone footage of Keystone Lake over here. If you're watching this on YouTube, you won't be able to see that footage, because I don't yet have my [commercial] drone operators license. And you can't put it on YouTube, even not monetized, without such a license. So, if you're interested in some of those shots of the lake from the air, you might want to check out my Facebook [Instagram] - I'll post them there since that is absolutely social media, and is acceptable, not monetized in any way.

Okay, that's me rambling this morning - let's get to the important things: breakfast and drones! Heh. Goodbye Keystone! Ok, we're coming up on the turn - that's the steep, steep hill that'd be fun to go down. But first, I think we're gonna go over to the bridge, by which I mean, the dam. So, I decided to take a different way, riding down that switchback road on the dam was awesome! Now, I'm on a beautifully paved bicycle path, instead of the closed road going the other way.

Absolutely beautiful! Nice of them to provide a bike lane! Just heading into Sand Springs now! All right - the trail is closed... so, we go around. There we go! Home again. So, friend humans, we've made it back! Thank you so much for coming with me on this journey.

It's been a good travel, good shakedown. Got a few thoughts on the way that Chiron handled. Honestly, I'm very impressed. I just lashed the down dry bag to it with these voile straps, and man, that's made a huge difference. It really worked well. There's been some creaking from Chiron - I think that's in the bottom bracket - I'm not, y'know, the best bike mechanic yet, but I was surprised at how much creaking there was coming from the bike.

That said, handled great - I ended up passing a lot of folks while I was out there, which, y'know, as heavily laden as I am, I thought that was a good deal. There were, of course, some people who were less laden than I was, who passed me over on Riverside, but y'know, that's the way it goes! In any case, I'm really glad you came with me on this journey today. I'm hoping to do more of these, to be able to record some more multi-day adventures.

But until the next time, I hope that you have a blessed day! 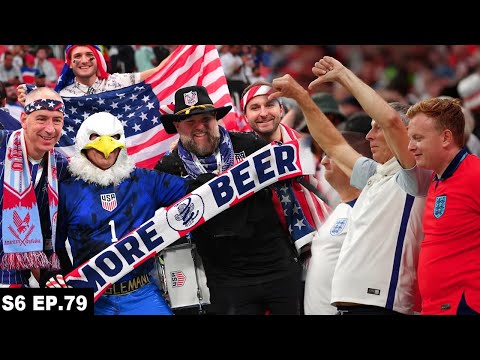 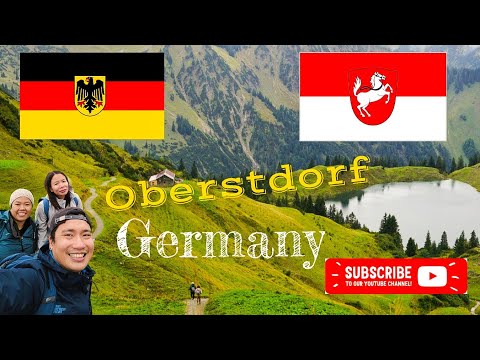 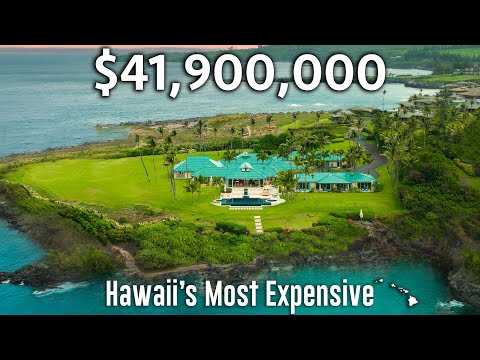