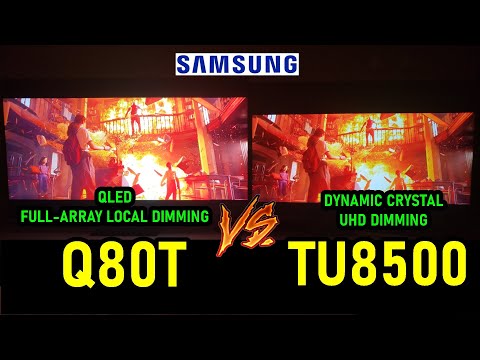 Hi, I hope you are doing great In this video I am bringing to you the comparison between the Smart TVs Samsung QLED Q80T of 65" and the Samsung Dual LED TU8500 of 55" In terms of color technologies the Q80T supports the QLED (Quantum Dots) and the TU8500 supports Dynamic Crystal color The Q80T supports Full-array and Local Dimming and the TU8500 does Not. The Dimming technology of the TU8500 is called UHD DImming by samsung It is important for you to know that the TU8500 of 50" and this 55" model have VA panel, and the rest of the sizes as for example the 65" model has a type of IPS panel known by Samsung as PLS panel And the Q80T in every size has VA panel Keep in mind that the Q80T has 1 HDMI 2.1 port, and the TU8500 does Not support HDMI 2.1 ports So, watch the entire video for this side-by-side comparison, and at the end I will tell you my final personal opinions and also which one is the best choice for you All this will be keeping in mind that comparing their 55" or 65" models, the Q80T might be from $350 up to $400 USD more expensive, at least here in Colombia What you will see in this video is the comparison between some of their smart functions, the picture quality on SDR and HDR, Clouding problems, viewing angles, the power of their sound systems, their gaming performance, image upscaling and screen heating The first thing you must know is that the design of their remotes (One Remote) is the same, vey ergonomic, very light, functional and easy to handle. They include a button for microphone

Their OS is Tizen by Samsung. The smoothness is very good on both TVs, however it is slightly faster on the Q80T, and also the time to open Apps is slightly faster on the Q80T The Storage on both TVs is 3.82 GB which is more than enough for almost every person And both TVs support the same Apps, some of the most popular such as Netflix, Disney+, Apple TV, HBO GO, Amazon Prime, among others Both TVs support the Screen Mirroring function and both also support the Multi View functionality as you can see However, on the Q8oT the Multi View is possible with the Smart Phone and with some HDMI Input or with the Youtube Native App, while on the TU8500 is only possible with the Smart Phone and a HDMI Input as I am showing you right now Plus, on the Q80T Multiview is possible to divide the percentage of the sound outputs in order to hear both screens at the same time, while on the TU8500 this is Not possible Talking about their web browsers, the searching by voice commands is possible but in Spanish is Not possible yet in some countries, but in english works very accurate In terms of navigation, is relatively easy especially if you use the smartthings App, and with your smartphone you can achieve a navigation experience similar to the LG´s Magic Remote And the time to open some web site depends mainly on your internet download speed, but it is slightly faster on the Q80T also thanks to its processor And of course both TVs can reproduce multimedia content from different anime websites, adult films web sites, regular films web sites, etc.

A lot of people gets dissapointed because some sellers promise that the 4K TVs they offer will upscaled perfectly the HD content from TV Boxes up to 4K, but this is impossible So, these 2 TVs do a very good job with 1080p (full HD) content in terms of Image Upscaling, the content looks like if it had more resolution (but do not reach the 4K) And with 720p (HD), 480p and lower resolution content, sometimes you will notice some "pixelation" With 1440p content the Image Upscaling on both TVs is great, the content looks almost like a native 4K content sometimes And of course both TVs can reproduce native 4K content on SDR and HDR without problems The Reflections Handling despite of having VA panels is very good on both TVs, althoug is slightly better on the Q80T thanks to its higher amount of brightness and lower contrast ratio I think both TVs are decent choices if you are planning to set the in a bright room with artificial lights Talking about their Viewing Angles, on the Q80T are sligthly better becuse it has less contrast ratio and a "Super Ultra Viewing Angle Layer" However, the difference is Not huge and I still consider that both TVs are good choice only if you are going to be facing their screens or at least Not looking at them from a very wide angle to avoid whitish colors Before I compare these TVs in the gaming area I am going to show you the performance of their Sound systems In terms of Sound technologies both support Dolby Digital and Dolby Atmos. They don´t support DTS And in terms of power, the Q80T 60W and the TU8500 20W, althoug in practice the difference is Not triple as you might think (both TVs in both sizes has the same sound power) However, on the Q80T you can notice better bass and less distortion, but please judge by yourselves Let´s go now with the Gaming comparison starting first with their input lag times The Input Lag for the Q80T with video games at 4K at 60Hz is 9,8 ms and with games at 4K at 120Hz is 5,8 ms (on the HDMi 2.1 ports) And on the TU8500 the Input lag at 4K at 60Hz is about 10 ms (it does Not support HDMI 2.1 ports) I personally think that the Input Lag time on both TVs is really good keeping in mind we are talking about relatively big screens In terms of gaming technologies the Q80T besides the HDMI 2.1 port and the 120Hz at 4K, it also supports VRR (Variable Refresh Rate), freesync, G-Sync and ALLM (Auto Low Latency Mode) And the TU8500 only supports ALLM, and its maxium refresh rate is 60Hz at 4K In terms of graphics quality in this gaming area, the differences are also that the TU8500 has better details thanks to its higher contrast ratio That the Q80T has more brightness, hence you can perceive more clarity in every scene And in terms of colors on the Q80T you can see more natural ans "soft" colors, and on the TU8500 more saturated and "stronger" colors And the Response Time, according to rtings.com, on the Q80T the 80% of the time is 2,8 ms and the 100% of the time is 10,1 ms And the Response Time, according to pixeltv.it, on the TU8500 the 80% of the time is 5 ms and perhaps, I guess, the 100% of the time is about 15 ms more or less, which is not bad at all

Keep in mind that the Response Time is mainly the time that it takes toa pixel to change from a color to another, hence the lower response time a TV has, the better in terms of motion and smoothness and less Ghosting problems will be And talking about the heating on screen after almost 2 hours of continued use, on the Q80T goes from 40 °C (104 °F) to almost 43 °C (109.4 °F), and this is because it supports Full-Array and has more brightness While on the TU8500 the temperature goes from 33 °C (91.4 °F) to almost 35 °C (95 °F), and this heating is lower because it does Not support Full-array and it has lower amount of brightness And finally I am going to tell you my final opinions about these 2 TVs So, which one of these TVs might be the better choice for you? Look, if you are looking for a TV with at least 1 HDMI 2.1 port to take full advantage of the PS5, Xbox Series X or a super poerful PC Graphics card, and you want a higher a mount of brightness, then the Q80T might be a much better choice You already saw that the higher amount of brightness might be helpful in some games with extremely dark scenes in order to see better, in case yu have sight problems or in case you need it for hardcore competitive video games However, if you want a higher contrast ratio, keeping in mind that contrast is the most important aspect in terms of picture quality and you can see better details, then the TU8500 wins Remember that the TU8500 has a contrast ratio of 6900:1 while the Q80T with the local dimming reaches only a contrast ratio of 4225:1, which is Not bad but the TU8500 wins for much And I have noticed slightly better details on the TU8500 with SDR and HDR content And maybe you are wondering how is possible that I am saying that the TU8500 has better details and picture quality (as I also said it when I compared it against the TU8000), while the Q80T is much more expensive Well, keep in mind that Not always the most expensive is the best But this Q80T has obviously positive aspects such as the higher amount of brightness and all the gaming technologies: the HDMI 2.1 for 120Hz at 4K, Freesync, G-Sync, ALLM and VRR And you probably will tell me that by modifying some parameters in the Expert Settings you can reach better blacks and less Clouding effect on this Q80T And Yes, it is possible, but you will have to lower the amount of brightness, the gamma and the shadow details in order to achieve that results And if this is the goal, then why do you want a TV with a high amount of brightness if you are thinking about lowering this aspect in order to get the results that a TV with higher contrast ratio can show, as for example this TU8500 or the Q70T In that case go better for the Samsung Q70T which has the same gaming features and also 1 HDMI 2.1 port, a higher contrast ratio and good black unifromity despite of Not supporting Full-Array nor local dimming, and it is cheaper Talking again only about these 2 TVs (Q80T and TU8500), the Q80T has a more powerful Sound System (same difference if you compare their 55" and 65" models) The Image Upscaling on both TVs is very similar. On the Q80T is good thanks mainly to its better picture processor, and on the TU8500 is good especially thanks to its higher contrast ratio and decent picture processor

The Multi View function is better on the Q80T as you saw because you can share the screen of your smart phone together with some HDMI input or the Native Youtube App on the Tv, while on the TU8500 is only possible together with some HDMI Input And in terms of Apps, both TVs have the same Apps So, in terms of picture quality the main difference is in terms of brightness, if you want almost three times the amount of brightness and if your budget allows, then go for the Q80T If you don´t need all the gaming technologies that the Q80T offers, if you don´t need a very higher amount of brightness and you like more having a higher contrast ratio, then the TU8500 is much better and much cheaper choice. Other good choices are the Q60T or the Q70T Please let me know what you think in the comments section down below Please support me by becoming a PATREON. Hit Like, Share, Subscribe and Turn on Notifications. Until next time 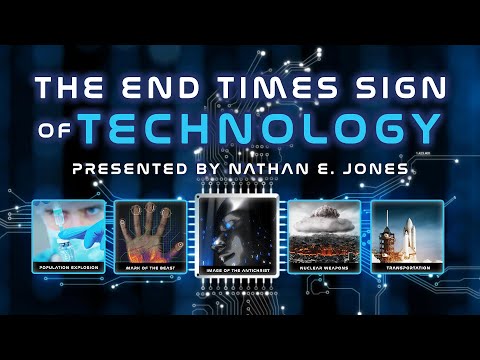 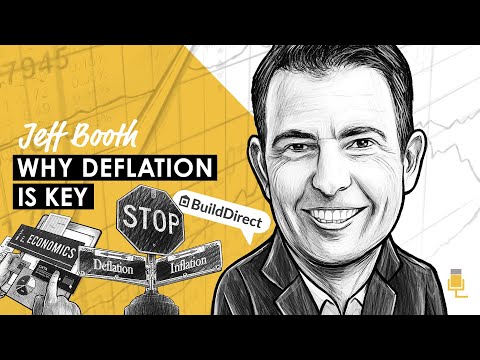 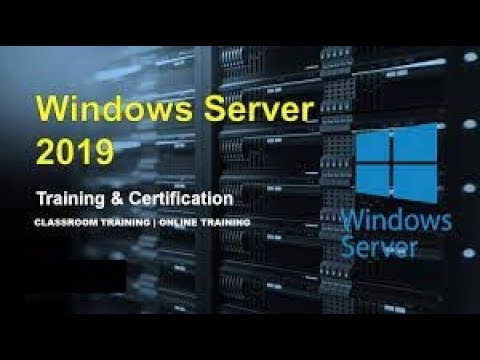